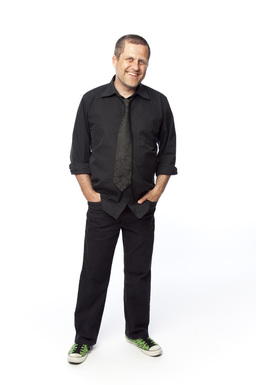 Gavin is a professional and experienced stand-up comedian and MC. He has been described as 'laconic and likeable' and as a performer who will 'make you laugh twice as hard as you thought possible'.

Beginning his career in Perth, Western Australia in 1999 as a national finalist in the RAW Comedy competition, Gavin moved to Melbourne in 2000 and began performing at iconic comedy rooms including The Prince Patrick Hotel and The Espy alongside Australia's top comedians. In 2005 he moved to Tasmania where he is now based, but he continues to travel regularly to perform and to run his popular stand-up comedy workshops. He has recently been loving life on the high seas, performing on cruise ships sailing to and from Noumea, Vanuatu and New Zealand. When he's on land he spends a lot of his time co-producing Hobart's only weekly live comedy venue, Jokers Comedy Club in New Town (every Wednesday night).

Gavin has written, produced and performed in nine Melbourne International Comedy Festivals and has been a featured performer in five Hobart Comedy Festivals. In 2005 he was a recipient of the Brian McCarthy Memorial Moosehead Award for his solo show As Seen on TV.

Gavin has appeared on Channel 10's 7PM Project and The Comedy Channel's Stand-Up Australia, and has performed around Australia and overseas. He has featured in a number of TV commercials, is a regular guest on ABC radio, and presented the weekly Not the Five O'Clock News segment on 7HO-FM radio in Hobart. He has supported international comedians including Tommy Tiernan, Jeff Green and 'Weird Al' Yankovic.

Gavin's jokes have featured in the compilation book Funny Buggers (Penguin, 2011) and in Zoo Weekly in a list of 101 best stand-up gags.

You might want to check out comedian George Youngman too - he's a dear friend and mentor of Gavin's (but amazingly you never see them both in the same place at the same time).

"Gavin Baskerville is funny. His material is funny. His delivery is funny. And his face is funny ... Everything you expect from great stand-up comedy." - Australian Stage

"Not to be missed ... Easily up there with the best of the festival."- The Pun